Having just dropped “Prayer” a few weeks ago, California based songstress Saphir is back again with a visual for her track “Green Goblin.” Continuing with the dark melodic sound that she does so well, Saphir belts out emotionally charged, haunting lyrics. Opening with a call to action — “Say it with me / I don’t want to live, to live” — she seems to be asking the listener to join her against the monotony of everyday life. It’s one thing to simply exist, but without a purpose or passion, the humdrum of daily life can be maddening. “Just another kid that you can’t contain,” she raps, voice sultry and fierce, further encouraging the idea that everyone should follow their dreams rather than the crowd.

One of my favorite things about Saphir is the deep, seductive tone of her voice. Whether she’s singing or rapping, her voice commands the listener’s attention. Produced by Lunar Vision and mixed by yvncc, the instrumental is complex, with Saphir’s vocals layered over several samples, making the track truly pleasing to the ear. The music video is visually gripping as well, featuring shots of her dancing in front of an anime covered green screen, reflecting the interests of the generation of which she is apart and to whom is preaching. “Green Goblin” effortlessly blends together her ability to both sing and rap, further marking her place as a force to be reckoned with in the underground. 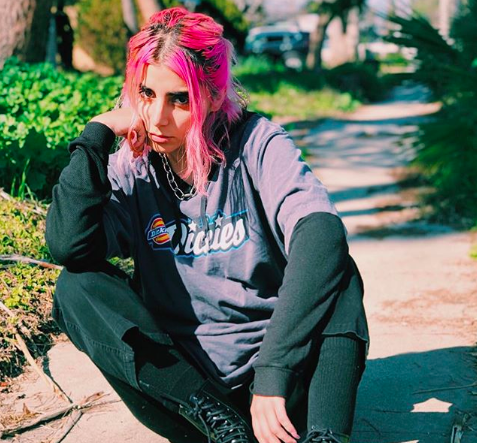