Inspired by punk and pop-punk bands like Blink 182 and Sum 41, Jakkyboí started playing music at a young age. Since none of his other friends knew how to play actual instruments, he took it upon himself to learn and teach himself how to play. Transitioning from a pop-punk artist, he soon discovered the world of underground hip-hop and began producing instrumentals and beats on his computer.

David: I wanted to start with asking about how you got into making music in the first place. I know you produce and make your own music as well, what came first?

Jakkyboí: “I started recording instrumentals over my friends beats because I was the only one out of my music friends who could play real instruments. I knew basically nothing about hip hop I just loved pop punk and indie rock and wanted to experiment cause none of my friends were making it in bands. So I was a pop-punk artist and then a producer.”

David: What instruments can you play? Were you always pretty musically inclined?

Jakkyboí: “I play a bit of everything to be honest. I’ve been doing this a little bit longer then everyone thinks I’ve been doing it, I think. I keep pretty low key about my past, though I made a lot of shit for a while. I think it’s important for people to know that tho. It took many years before I was making anything I was proud of.”

David: Can you tell me about a typical recording session? From a vocal and producing standpoint?

Jakkyboí: “Recording sessions are different for everyone. I record my own vocals myself but I also do sessions with a fuck load of different artists and some of them can bang out a whole track in 10 min and some take hours. You just gotta work at the artists’ own pace and keep cool with them and make them feel comfortable with you. Best thing anyone can do in a session.”

David: Who are some of your favorite artists that you have worked and recorded with over the years?

David: I saw you all over LONEWOLF a few months ago fr, what was it like to work with Convolk on that one?

Jakkyboí: “Convolk and I were in the studio all week at Warner/Chappell on Broadway, NYC, It was a crazy process. That man spends more time perfecting his lyrics then anyone else I know. We spent the whole week writing and recorded the main vocals for the whole record in one day. I prod 4 out of 5 [of the songs] but recorded [all of] the vocals to LONEWOLF, so I was very much involved with the entire project.” 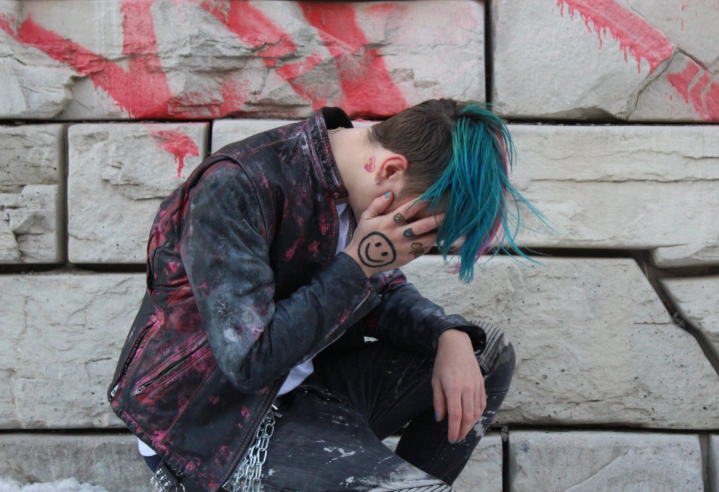 David: Did you make the beats for LONEWOLF on the spot or did you have them on tuck already?

Jakkyboí: “Some tracks I did on the spot like ‘i fucked up’ but a few of them were definitely just some goodies I had stored up for my New York trip.”

David: Do you have a specific project or song that you have worked on, potentially someone else’s track or even your own, that is your favorite?

Jakkyboí: “I always have a new favorite. I put out over 100 songs last year alone so [there are] lots to choose from. ‘i fucked up’ is definitely my biggest accomplishment to date. [I’m] very proud of how well that is doing. There are a few unreleased tracks that I believe are going to top it though!”

Jakkyboí: “Blink 182, Green Day, and Sum 41 are the reason I make music today. If they didn’t exist, I wouldn’t be anything.”

David: So now I was hoping to talk about Just a Boí.. The project as a whole was fly as hell. I big fw your sound! Can you talk about what went into that project in terms of inspiration, work, etc (I assume that you produced all the beats as well?)

Jakkyboí: “Yeah I produced/mixed/mastered the whole project myself but it was just a compilation of my favorite Sound Cloud tracks for Spotify and Apple Music. I have another project coming out soon that will be the same type of thing.”

Shout out Jakkyboí for taking the time to speak with me. Be sure to check out Just a Boí, out now on all streaming platforms. His music is very wide-reaching, keep an ear out for his infamous “Jakkyboííííí” tag, he might have produced some of your favorite songs already.