Dub Tre 6, a man by many names (a.k.a Tre 6 / Dub / Big Dollar / Yung Folding Chair / The Boxwine Bandit / Meme God / The Jerky Plug / Roach King / Geeb Lord) recorded his first song the day after Thanksgiving 2016 on his HTC One. Prior to this day rapping had just been a hobby for the young man, but after his friends and family recognized his talent, Dub decided to try and see where this could take him. Coming out of Thomasville, North Carolina, The Jerky Plug constantly looked up to other rappers, like Jay Storm, putting on for their state. Developing his game and equipment over time he now records songs out of his bathroom, but now with a definitive sound and mindset Geeb Lord is not to be overlooked.

Not unlike many of us in 2018, Dub Tre 6 came from a somewhat broken home, raised mostly by his mother, “Shoutout all the single moms.” This never held him back from pursuing his late discovered talent and becoming the man he is today. Things really began to come together in March of 2017 when The Boxwine Bandit dropped The 336 Tape. Dub has fun with the process of creating music and sifts through beat after beat until he finally hears one that seems to pull the lyrics right out of him. His patterns and rhyme schemes give each song its own unique feel, which perfectly encompasses “the flavor of a Dub Tre 6 song.”

Drawing his lyrical inspirations from events in his life, the Roach King has the ability to create anything from less happy music drawn from struggles, to feel good party tracks derived from the celebrations in life. As far as his rap style, Yung Folding Chair developed his own flavor influended from the likes of “Storm, Gucci Mane, Kodak, Eminem, Fonso Rex, BigBabyScumbag, and whoever I’m listening to at the time of working on any particular song.” He also mentioned his admiration for Jay Storm’s music, movements, and persona. Riddled with movie, television, and gaming references relevant to Dub’s life, he believes he falls under the sub-genre of “wavy-rap” due to the “easygoing nature of the majority of my music, and the underlying lyricism within.”

Big Dollar hopes to continue to hone in on his craft and build a wide-spread network of success, one day providing for himself solely with his passion. He also mentions his intentions to get a Gucci Mane feature one day, “I heard somewhere that’s $250k, so [he’s going to] start working on that asap”. The Meme God is very passionate and particular about his music, standing out with his clear rhymes, enjoyable melodies, and peculiar references. He takes pride in the raw style of his music exclaiming that you can hear how much he is putting into each song, how he’s exasperated, rugged, and leaves his mark on any beat he touches.

No new, major projects in sight from Dub Tre 6, but this summer he plans to release a couple tracks. “Probably nothing too ambitious there [is] just some good ol’ Dub, some killer guest features (Lil Turbo and Lil Xelly to name two), and some bangin’ production (fbk, lil rari, turbo, noir brant, and some other good names I’m not gonna spoil)”. Outside of music you’ll find Dub creating art for others music. He enjoys capturing the essence of someone’s music in pictorial form, as well as the gratification of creating a piece of art that they are happy with. “I also recently started keeping millipedes (3 to be exact, Narceus Americanus for you bug nerds) and they’re pretty cool i guess, I enjoy looking at their tunnels that they’ve burrowed in their enclosure and they are rambunctious little suckers at night.” 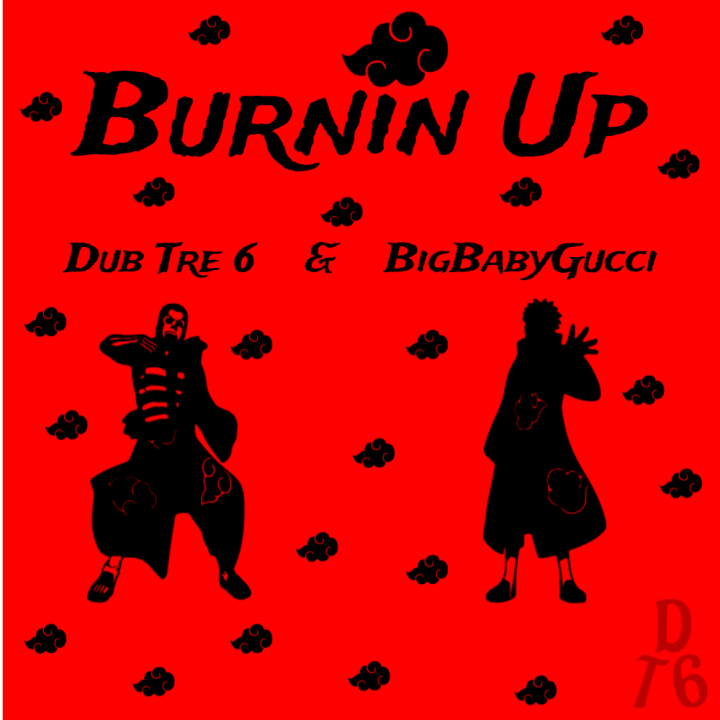 A uniquely interesting and talented individual I’m sure Dub Tre 6 or one of his many other alias’s will be a name you continue to hear as he develops himself and finds success.